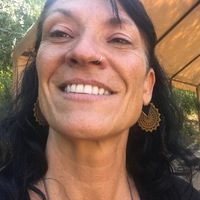 Kristin B. Gorenflo, MA, is a PhD candidate and pre-licensed psychotherapist who specializes in addiction issues with roots from trauma.

Her Master’s in Psychology was awarded through a thesis that concentrated on MDMA as a awareness tool for depression. Kristin’s passion for plant medicine with addiction issues and recovery has carried through to her continued connection to sacred plants.

For over 10 years, Kristin has specialized in the continuing care of patients after plant medicine treatment, specifically Iboga.

Kristin will present on: Rationale for Continued Care for Opioid Patients after Ibogaine Treatment.

It is estimated that anywhere from 26 million to 36 million people worldwide abuse opiates. Chances of opiate addiction relapse are higher than for most other types of substance addiction. Recent studies from the Neurobiology of Opioid Dependence and Implications for Treatment have found that at least 59% of those who have had an opiate relapse would do so within the first week of attempt at recovery, and 80% would relapse within a month after discharging from a detox program.

Brain abnormalities can be a result of chronic use of opiate derived drugs and can be the underlying causes of dependence and addiction.

The physical abnormalities that perpetuate dependence appear to begin trying to resolve after detoxification and as Post Acute Withdrawal Syndrome subsides after usage stops. The abnormalities of emotional coping that produce addiction, however, are more wide-ranging and complex. Addiction may involve an interaction of environmental and psychological conditioning. Such abnormalities can produce craving that could lead to relapse months or years after the individual is no longer physically dependent upon opioid substances.
The rationale for psycho-education and aftercare therapy for those recovering from opiate dependence is crucial to the foundation of continued recovery. It is paramount that providers encourage continued aftercare recovery coaching and therapy to help integrate the Ibogaine treatment. Addiction at its root can have desperation for the quick but not sustainable fix.

Ibogaine therapy should be supported as an ‘integration’ and  ‘global approach’ medicine — not as a ‘quick fix’ modality.