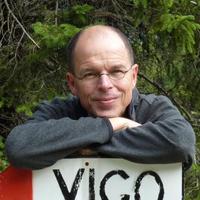 Bwiti music in the context of indigenous sacred music: Musical aspects of initiation rituals.
Music in the Iboga initiation ritual is characterised by a puzzling polyrhythm, based on a 5-6/s-theta-rhythm. Using mouth bow, harp, wooden idiophones and rattles, a 3-dimensional acoustic space accompanies the trance state. – Indigenous ceremonial music around the world shows common features: A predominance of (especially theta-)rhythm and sound as compared to melodies, sounds that are rich of overtones and cyclic repetitions. Possibly through an induced change in auditive processing, these features contribute to the sharpening and broadening of attention, the change of time and space perception and the feeling of being „guided“.- How could we accompany Iboga-induced trance in a Western context? Due to musical and communicational aspects, live trance music from different cultures or recorded Bwiti music with live rattling and clapping might serve the best.
Uwe Maas has worked as a clinical pediatrician in Germany, Gabon, Zimbabwe, Mozambique and Rwanda. In 2001, his interest in the practices of Mitsogho healers in Gabon led him to be initiated into the Missoko cult. Uwe is a classical and folk violinist. One of his main interests are spiritual messages in prehistoric rock paintings.