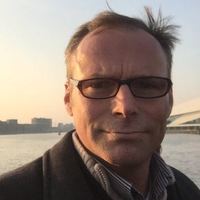 Dr. Ehud (“Udi”) Bastiaans is the grandson of Prof. Jan Bastiaans who was the first medical doctor that treated opioid addicts with the help of Ibogaine. Prof. Jan Bastiaans was a pioneer in psychedelic therapy who treated Nazi victims for their PTSD caused by their experiences in concentration camps with the help of LSD and MDMA – the method that became known as the “Bastiaans-Method”.

Udi witnessed the first treatment of Prof. Bastiaans and a team consisting of Howard Lotsof consisting of Howard, his wife Norma, Bob Sisko and Boaz Wachtel. He was deeply impressed by the outcomes and became interested in doing Ibogaine himself. Even though not beeing addicted, he was initiated by Howard out of curiosity in 1993. He assisted his grandather in all his ibogaine treatments. Just before his grandfather passed away, Udi promised him to continue his legacy. He treated people with ibogaine alongside his regular job until he went underground in 2007. Udi will share some anecdotes of the pioneer days of Ibogaine research.