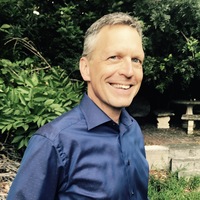 Thomas Kingsley Brown has been researching ibogaine treatment for substance dependence since 2009, when he began conducting interviews with patients at a treatment center in Playas de Tijuana, Mexico and collected data for the purpose of studying quality of life for those patients.  In 2010 he began working with MAPS (the Multidisciplinary Association for Psychedelic Studies) on a Mexico-based observational study of the long-term outcomes for people receiving ibogaine-assisted treatment for opioid dependence.  That study is complete, and the first research article on the study has been published (American Journal of Drug and Alcohol Abuse, 2017).  In 2013, he published a review article on ibogaine treatment in Current Drug Abuse Reviews.  Thomas is on staff at the University of California, San Diego as the Coordinator of the McNair Scholars Program, which prepares first-generation, low-income undergraduate students and those from under-represented ethnic groups for doctoral programs in all fields of study.  His own academic training is in chemistry (B.S., University of Pittsburgh and M.S., California Institute of Technology), neuroscience, and anthropology (M.A. and PhD, UC San Diego).

His presentation will summarize the results of a recently published study of ibogaine-assisted treatment for opioid dependence, based at two treatment centers in Mexico, and will introduce two prospective research studies.  The results of the already completed long-term study provide clear evidence that ibogaine is effective as an aid in both detoxification and in long-term reductions in opioid use.  In the days following treatment, ibogaine produced significant reductions in withdrawal symptoms for the study population.  Over the long term, treatment resulted in significant reductions in drug use severity and improvements in legal status and family and social status, as measured by the Addiction Severity Index.  Some results not included in the recent publication will also be discussed, including data from the Beck Depression Inventory and the States of Consciousness Questionnaire (SoCQ) as well as personal subjective reports of ibogaine experiences.  These SoCQ data and subjective reports suggest that ibogaine may confer psychotherapeutic effects that contribute to its efficacy in treating addiction, and that the visions reported experientially may have an impact on treatment outcomes and on psychiatric health and well-being.  Also discussed in the presentation will be two prospective research projects, including an update on “The Ibogaine Medical Subculture” (Alper, Lotsof, and Kaplan 2008), an ethnographic overview of ibogaine treatment around the world, and a clinical study of ibogaine treatment for people who inject drugs (PWID’s) in Tijuana, Mexico.