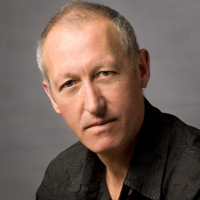 Dr Geoff Noller has a background in social science and qualitative research. An anthropologist, he completed his PhD thesis, Cannabis in New Zealand, with the Otago University Medical School’s Department of Psychological Medicine in 2007.

Geoff is a self-employed consultant specialising in substance use research, contracting to universities, government and the private sector. He has carried out ethnographic fieldwork in New Zealand, Australia and the Caribbean, presenting his work nationally and internationally. His varying research interests also include work with New Zealand’s Needle Exchange Programme (NZ NEP), currently involving the piloting of point of care rapid testing for hepatitis C, and as an Assistant Research Fellow with the Department of General Practice and Rural Health, School of Medicine, Otago University, Dunedin.

Geoff was principal investigator for a New Zealand observational study, where ibogaine is legally available on prescription, examining treatment outcomes with ibogaine for opioid dependence. This was an internationally co-sponsored study following subjects over 12-months post-treatment. The project was completed in 2016, with results published in the American Journal of Alcohol and Drug Abuse, in 2017.

He will present on:

Despite growing evidence of its efficacy, the use of ibogaine in drug treatment remains controversial due both to its significant psychotropic effects and to fatalities known to be associated temporally with its administration.

In this presentation the issues of safety and ibogaine’s future as a pharmacotherapy for drug treatment in New Zealand will be discussed, as unlike most global treatment environments, in New Zealand ibogaine is available as a non-approved medicine and may be prescribed by General Practitioners.

Against the backdrop of ibogaine’s legal availability in New Zealand, this presentation will describe a recently completed New Zealand study of its application in treatment. Implications for its availability, the potential involvement of multi-disciplinary treatment teams, specialised training and the need for a set of nationally accepted treatment guidelines will also be explored.