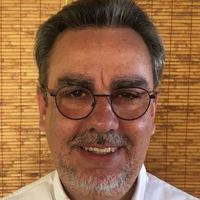 Dr. Bruno Rasmussen Chaves is a physician, graduated from the Federal University of Sao Paulo, where he worked as the Emergency Room chief. He has been researching and working with Ibogaine in Brazil for more than 20 years, and facilitated treatments for more than 1000 stimulant dependent patients.
He started doing treatments in 1994, at a time when there were there no regulations on Ibogaine at all. His work has stimulated government agencies of Brazil to take steps towards the legalization of the medicine, like a recently published regulation of the hospitalized use of the medicine by Sao Paulo’s state government.
Bruno is a co-author of the paper “Treating Drug Dependency With the Aid of Ibogaine – An Observational Study”, published in 2014, among other Ibogaine papers, and a co-author of the “Clinical Guidelines for Ibogaine-Assisted Detoxification” published by GITA, the Global Ibogaine Therapists Alliance.
He is one of the founders and a former director of GITA.
Bruno is presently involved with a new clinical protocol on ibogaine long term effects in cocaine and crack cocaine use and is also participating in MDMA research.
He will present on legally using Ibogaine
In Brazil there is not a big problem about opiates abuse; the main problem is cocaine and crack/cocaine.
In the presentation we will talk about how we are doing legal Ibogaine treatments in Brazil, and how this work influenced government agencies to start regulating Ibogaine use towards a medical model. We will show how the governmental regulations to legally import and take ibogaine work, and show that Ibogaine treatments are slowly stepping out from the underground to take an important role as an option in helping stimulant dependent persons.