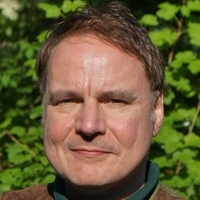 David Graham Scott is a documentary maker from the Highlands of Scotland. His highly authored films are unique visions of the world he inhabits and the offbeat characters he encounters. David has worked on hard-hitting projects including WireBurners, Detox or Die and Iboga Nights. His films have aired across the BBC at both local (BBC Scotland) and national (network) level and won numerous awards (Best UK film at Open City Docs Fest 2014; BAFTA nomination 2002; Palme Dewar winner 2009).