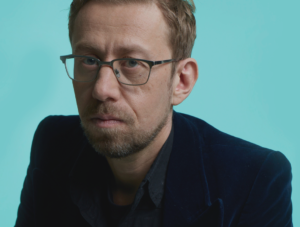 Daniel Pinchbeck is the author of Breaking Open the Head (2002), 2012: The Return of Quetzalcoatl (2006), and Notes from the Edge Times (2010). His new book, How Soon Is Now, came out in Februrary, 2017. Featuring a preface from Sting and an introduction from Russell Brand, How Soon Is Now? looks at the ecological crisis as a rite of passage or initiation for humanity and proposes a “blueprint for the future” – how we must redesign our technical and social systems to avert the worst consequences of ecological collapse.

He was executive director of the think tank, Center for Planetary Culture, which produced the Regenerative Society Wiki. His essays and articles have been featured in The New York Times Magazine, Esquire, Rolling Stone, ArtForum, The New York Times Book Review, The Village Voice and many other publications. He has written columns for Conscious Living and Dazed & Confused.