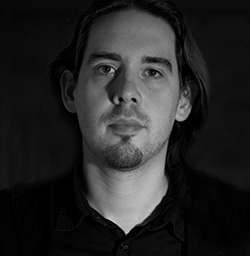 Benjamin De Loenen studied audiovisual media and communication in The Netherlands, where he graduated with honors in his Masters with his documentary “Ibogaine-Rite of Passage” (2004), a film that would become a world reference about this subject matter until today. Benjamin worked as a film director and editor in the field of television, documentary, publicity and fiction from 2004-2010 while he traveled the world as public speaker about iboga and ayahuasca. He organized the International Ibogaine conference at the Catalan Health Ministry, gave courses about ibogaine for health professionals and government agencies such as the Portuguese Governmental institution SICAD and served the Board of Directors of the Global Ibogaine Therapist Alliance. Since the production of his film he has been very dedicated to the advancement of ibogaine and ayahuasca as therapeutic and personal development tools in contemporary society. He is the Founder and Executive Director of the International Center for Ethnobotanical Education, Research & Service (ICEERS).