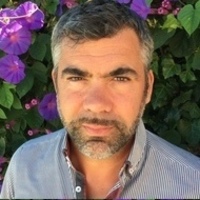 Álvaro de Ferranti, born in London, United Kingdom, in the early 70’s, spent much his childhood in Portugal and his adult working life in the UK since the late 80’s, having recently emigrated to Portugal with his Wife and two Children.

Graduated in 1991, with a BA (Hons) in Business Studies at the University of East London, Álvaro is the Chairman of three eponymous brands, and successful businesses, operating in the Interiors and Architectural sectors in the very heart of London.

Having learned of Iboga in 2013, and discovered its benefits, Álvaro has embarked on the arduous task of organising clinical trials with Ibogaine HCL in Portugal. The whole team, from a reputable manufacturer with a solid protocol, Principal Investigator, CRO, Project Managers and a first class Clinic, have all been assembled. In addition, Álvaro presented Iboga and Ibogaine to Dr. João Goulão, the national drug coordinator for Portugal and the head of SICAD (The General Directorate for Intervention on Addictive Behaviours and Dependancies).

Álvaro has a keen interest in the therapeutic benefits of Iboga, and other Entheogens. Especially, the part they play with arresting addiction to harmful substances and behaviours. More importantly, his focus is on Holistic, Consistent and Compassionate Aftercare.

Álvaro is co owner of the visionary, and ambitious Tabula Rasa Retreat project in Portugal. The team are currently exploring a suitable site to house their patients and associates.