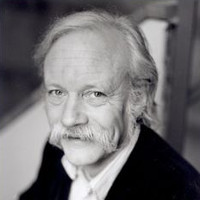 Dana Beal, Yippie! heir to Wm. Burroughs & Allen Ginsberg who re-initiated ibogaine development with Howard Lotsof in the early ’80’s, is the principal  champion of the Gouterel hypothesis identifying ibogaine mechanism with the neural plasticity of REM sleep, as opposed to the NIDA development reduction to blockade of a single alpha 3 beta 4 nicotinic acetyl-choline receptor. He chronicles the  ACT UP campaign for NIDA to develop it as a treatment for cocaine dependency from 1991-95  in THE IBOGAINE STORY: “Report on the Staten Island Project.”  In it, Beal first correlated ibogaine visualizations with the Penrose/Hameroff hypothesis of a photonic basis of consciousness in microtubules, correctly intuiting that the “neuro-plastic” function neurotrophins play in correcting longterm memory (Woolfe, 1998) heralded  the findings of Ron, et al. — of a role for GDNF in persistence of ibogaine effect. After helping put on the first International Ibogaine conference at NYU in 1999, Beal and Lotsof organized an annual ibogaine forum in New York, D.C. or Boston from 2003 to 2010, as well as annual panels at DPA/HRC Conferences. More recently he has been a regular presenter at conferences of the Global Ibogaine Therapy Alliance, predicting correctly that ibogaine would be effective for Parkinson’s disease. In Feb 2014, he issued an impassioned call during UNGASS for the countries of the World not to reflexively schedule ibogaine in the midst of a world opiate/methamphetamine crisis on account of U.S. prohibition

This slide presentation/lecture explores ibogaine’s persistent “resprouting” of dopaminergic dendrites and receptors via the nerve growth factor Glia-Derived Neurotrophic Factor (GDNF) as a marker for a broader REM-mimetic neuro-plasticity with outcomes ranging from behavioral to immune-system benefits.

In a series of papers (2005, 6, 10) Dorit Ron et al established that ibogaine unexpectedly expresses the nerve growth factor (GDNF), re-sprouting chronically desensitized dopamine receptors, replacing the neural deficit experienced as craving. Not only that, the 10-fold GDNF spike engendered by ibogaine back-signals to cell nuclei to make more GDNF, setting up a persistent, benign auto-regulatory loop that accounts for ibogaine’s  persistent effect. This is confirmed by the recent discovery that as little as 4 mgs of ibogaine twice a day for 28 days significantly reverses Parkinson’s degeneration (case studies, unpublished), since one typical effect of end-stage methamphetamine abuse on dopamine function is Parkinsonianism.

Interestingly, the thesis  that ibogaine is a true oneiric which one experiences as “a dream body in a dream landscape” (Alper, Lotsof 2009) as elaborated in Carl Anderson’s prescient paper (MAPS, 1998) on ibogaine and fetal REM is buttressed by the fact that knock-out mice without a GDNF gene have no adrenals because they are born without kidneys. This raises intriguing issues not only of REM as orchestrator of fetal/neonatal growth, but the extreme usefulness of a true REM-mimetic in modulating the immune systems of adults seen in ibogaine amelioration of auto-immune disorders such as MS and Crohn’s disease (case studies), and some complications of AIDS.